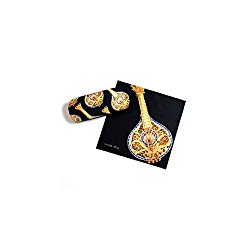 A shawl, a guitar, a voice and a heartfelt emotion: these are the ingredients of "Fado", the celebrated form of music that captures what it is to be Portuguese! "Fado music is the heart of the Portuguese soul. It is undoubtedly the oldest urban folk music in the world. Some say it came as a dance from Africa in the 19th century and was adopted by the poor people on the streets of Lisbon. Or perhaps it started at sea as the sad, melodic songs influenced by the sound of the waves by homesick sailors and fishermen (...)". The essential element of "Fado" music is "saudade", a Portuguese word that translates roughly by longing or nostalgia for unrealized dreams. For Portuguese emigrants "Fado" is an expression of homesickness of the place they left behind. "Fado", Lisbon's mournful song of loss and the Portuguese most traditional music genre, was added to UNESCO's list of World's Intangible Cultural Heritage. According to UNESCO, intangible heritage includes traditions and skills passed on within cultures. The UNESCO's committee of experts, praised Fado as an "example of good practices" that should be followed by other countries. On its website, UNESCO describes Fado as the "urban popular song of Portugal".