In this site you could find the most comprehensive vision care information and products. 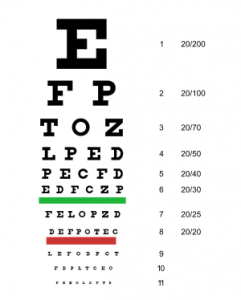 Keep your eyes healthy as you visit a doctor regularly!

Between 20-29 years of age, at least in this period. Patients in this age group who are at high risk for glaucoma (family history of glaucoma) should be monitored every 3 to 5 years

Between 30-39 years – once every five years above high risk patients should be screened for 2-4 years.

Many eye vision diseases have no early symptoms, so they could be painless, and you may see no change in your vision until the disease has become quite advanced.