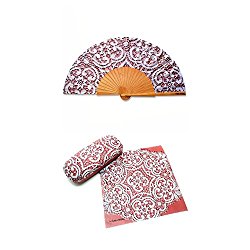 These Terra Lusa "bobbin lace" pieces represent an homage to the lace-makers, homage to the skill of handling the bobbins, homage to the fascination of the laces made and the local tradition in making it, homage to its real and symbolic role in the city life, a history that has been written since the 17th century. Created with the support of the Tourism Division of Câmara Municipal de Vila do Conde (Municipality of Vila do Conde), this watch portraits a genuine and delicate Bobbin lace, in all its lightness and seduction. Vila do Conde is a quiet city that gained in importance and increased prosperity as a ship-building city at the time of the Maritime Discoveries. The sea has always had a major influence in the life of the local inhabitants, inspiring the motifs used in the famous bobbin lace that has been produced here at least since the seventeenth century. Later, the techniques and knowledge of this remarkable art spread along the rest of the northern coast of Portugal as far as Galicia itself, and some of its beautiful products can be appreciated at the local Lace Museum. The important role played by handicraft in the life of this city is not limited to its lace-work, however, for each year in July/August, Vila do Conde hosts the National Handicraft Fair, one of the most important events of this kind in Portugal. These products are inspired by the patterns of the bobbing lace of Vila do Conde, which are handicraft products certified by Adere-Minho, with registered trademark and GI - Geographical Indication of Associação para a Defesa do Artesanato e Património de Vila do Conde.